My Life Chronicles: Episode 2 – Cause For Concern

When something occurs in my life that I want to remember or document I’m going to post about it.  How is that different from what I’ve been doing?  Good question.  These episodes will be more of a memory journal than an opinion piece.  I’m hoping to find something once a month to document and share in this way.  This episode gave me cause for concern, and some heartache.  Read on and the tell me what you thought in the comments below! 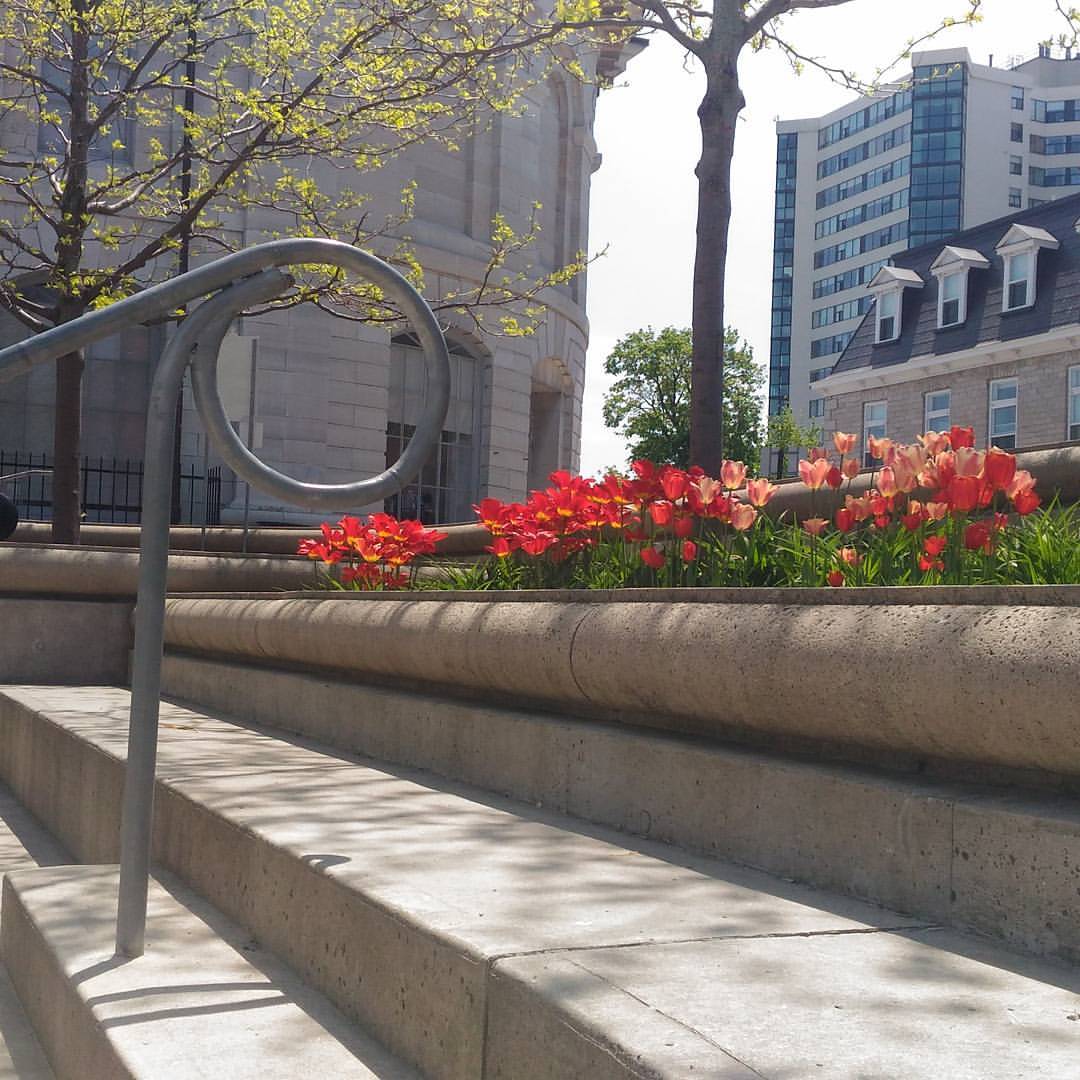 Today I chose to eat my lunch outside.  That, in itself, is nothing special.  I often sit outside on lovely days during my lunch break.  Usually I’ll walk down to Market Square and sit in the amphitheater area.  Often other people are there as well (more so in the summer time – summer students working for the city and such.)  Today there was one other man and he gave me cause for concern.

I usually don’t pay a lot of attention to the other folks enjoying their lunch hours outside.  I was actually surprised there weren’t more people sitting in my usual location.  But the man who was there was very upset.

He was sitting forlornly with a travel mug and a bag.  I’m pretty sure it wasn’t coffee in his travel mug.  He wasn’t disturbing me or doing anything really.  And then he made a phone call.

The call was obviously to his mother.  I guess I should say this is a nearly middle-aged man, large looking (not fat, broad shouldered and tall) and he also seemed very forlorn.  He was actually crying while on the phone, and he tried to be quiet and unobtrusive.  So of course my attention was drawn away from my phone and my book (although I tried hard to look like I wasn’t listening.)

I’ve come to the realization that I have a very soft and sensitive heart.  On one hand I was afraid for this unknown man.  He seemed to be saying good-bye to his mother, and it sounded like it might be final.  I even wondered if he was planning to take his own life, that’s how this one sided conversation sounded to me.  And on the other hand I was a little afraid for myself, eavesdropping on what, I’m sure, was a very private conversation.  A bit of wrong place at the wrong time for me.

He finally finished with his phone call and he just sat and quietly cried.  I wasn’t sure what to do.  Do I talk to him?  Do I just leave him be?  What could be plaguing this man?  And then he apologized to me. 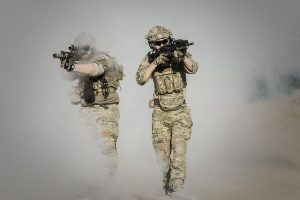 Through his tears he told me he was being shipped off to Afghanistan, again, in 8 hours time.  This will be his 3rd tour there and his 6th tour overall.  He was marine and Canadian military – Special Forces (that’s not the right term but something like that.)  He had called his mother, essentially, to say goodbye.  In case he doesn’t come back.  Oh my god, that practically broke my heart.

This man, who’s name, I’m ashamed to admit, I didn’t catch when he told me, seemed completely heartbroken as well.  He told me he has a wife and 2 kids, aged 6 and 7.  He also told me he feels like “we” (the general Canadian population) don’t appreciate what’s going on with our military in places like Afghanistan.  In my case, he’s right.  I have no idea what happens in the military world.

He told me something that I don’t think I can ever get out of my mind.  Because he’s “Special Forces,” he said, he gets sent into the villages or wherever and is basically hunting down Isis.  He said he walks into some of the mud huts and there are children in there, some no older than 6 years old, holding M16s and he has to shoot them before they shoot him.  I’m pretty sure this poor guy has some serious post-traumatic stress disorders.  And I honestly don’t know how I kept it together.

Anyway, I let this man talk to me for half my lunch break.  He kept apologizing for disturbing me and for crying on the phone.  I tried to tell him there was nothing to apologize for, and that I can’t even pretend to imagine what he’s feeling right now.  Really all he needed was to talk about it, and I let him.  He shook my hand, gave me a hug, and told me he’s fighting for everything and everyone he knows here.  I told him I’d be thinking about him, and that I wished him all the best.  I didn’t know what to say.  I even stayed longer than I should have and was late getting back to the store.  But I couldn’t just walk away.

At that moment I felt like I was this man’s confidant.  I didn’t want to leave until I thought he had gathered himself back together.  And I sincerely do hope he has all the luck in the world on his side for his upcoming tour in Afghanistan.

Turns out my cause for concern, while warranted, was for a completely different reason.  I’ve never really thought about what happens overseas with the military (except what I see in movies.)  Truth be told, I don’t want to think about.  But, because of this man, I’ve been thinking about it all day.

Edit: While thinking about this chronicle idea I realized I already had two posts on my blog that would fall under this heading.  The first one I did was about Emma’s modelling and talent agency and our experience with them.  You can read that post here.  The other was a little heartbroken post I wrote about my grade 10 crush.  You can take a peek into that experience here.   Let me know what you think of this chronicle idea in the comments please! 😀 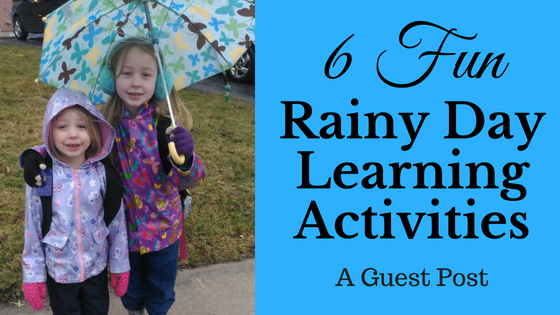 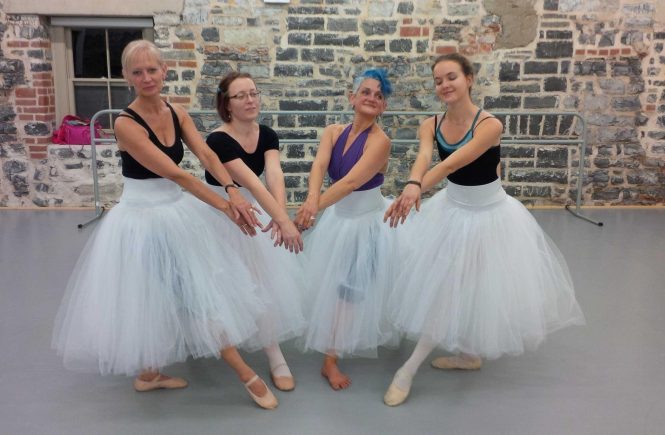 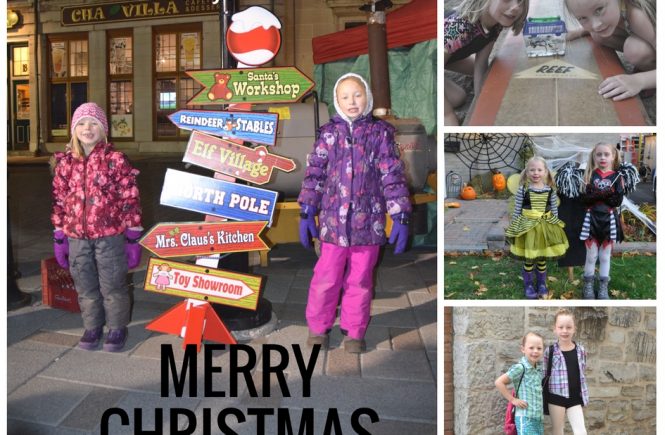 Christmas Greetings From My Family To Yours