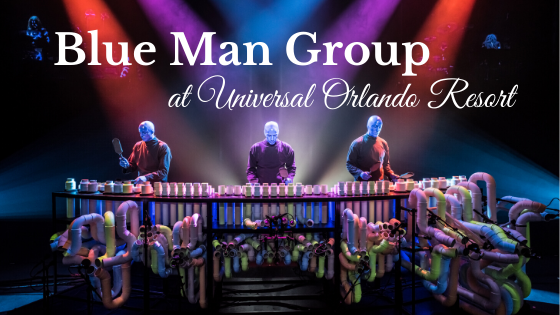 *We were given complimentary tickets to the Blue Man Group at Universal Orlando Resort to facilitate this post. All opinions are my own, or those of my family. Visit my Disclosure page for more information.*

Have you had the chance to see the Blue Man Group? While in Orlando, we were able to take in a show at their theatre in Universal Orlando Resort’s CityWalk.

My girls had no idea what to expect. Rose must have asked a thousand questions about what the show was going to be like.

We kept her in suspense, despite that Patrick and I had seen them once before, here at home. We were pleased to find out the act was different, in parts, from what we had seen previously.

The Blue Man Group team provided the photos used in this post. There is no photography or cell phone use permitted during the show.

Blue Man Group uses a lot of clever lighting to fully immerse the audience in the spectacle. Music, paint, giant cell phones and creative pipe playing are just a part of what you’ll see at a Blue Man Group show. If you’re sensitive to strobe lighting, or loud music and sounds, this may not be the show for you.

Ponchos are provided for the first few rows of seats. If you are brave enough to sit there, be warned: You may get splattered with paint if you choose to sit up close!

After 6pm the parking garage at Universal Orlando Resort is free. This allows evening visitors to enjoy Universal’s CityWalk – a pedestrian area full of restaurants and shops to supplement the Theme Park experience.

I was not sure how to find the Blue Man Group at Universal Orlando Resort. The CityWalk area is quite large and there aren’t great signs. We did find some staff with the iconic piping the Blue Man Group plays and they were able to direct me to the show.

(If you’re wondering, it’s on the other side of the water, between the Hard Rock Cafe and the entrance to the Universal Studios side of the park.)

What I didn’t expect

While we were waiting for the show to begin, ushers came around with boosters and offered one to every child they saw. My girls are big enough to see without them, but there were a lot of younger children in the audience who were happy for a boost to help them see the stage.

On Saturdays there are two shows, one at 6pm and one at 9pm. We chose the 6pm show, and a lot of other families did too. On weeknights there is only one show, at 7pm. We were all quite tired by mid-evening while taking in all Orlando has to offer, so it made sense for us to take in the early show.

Showtimes can change – and do with the seasons. Be sure to visit their website to pick the best time to see the show, and buy tickets online.

I don’t want to give it all away, but it is a great show and both my girls were captivated. The amount of audience interaction is amazing, and I don’t think many people leave there not having had a fantastic experience.

The physical comedy, combined with a concert atmosphere (and some other really fun hi jinks), help create an unforgettable good time. My tweens asked to see Blue Man Group again, especially if they come back to town. That’s high praise in my mind!

Visit their website for more information or to reserve your spot for an upcoming show!

PS – If you’ve seen a Blue Man Group show, leave me a comment guessing which parts of the show were my daughter’s favourites. One of them was not what I expected!

If you are interested in having me visit and write about your attraction or event, visit my Work With Me page. I enjoy customizing packages to suit your specific needs. 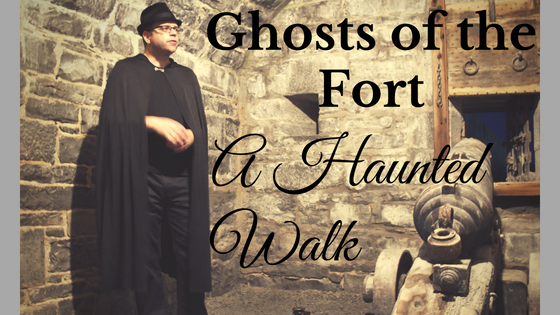 Ghosts of the Fort: A Haunted Walk 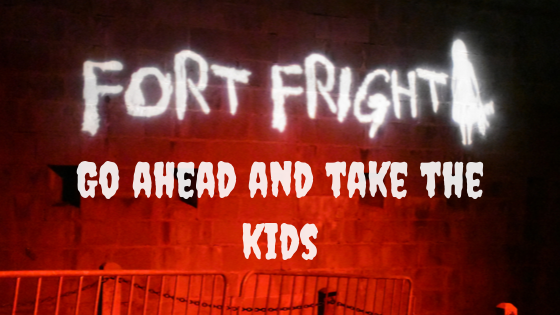 Fort Fright – Go ahead and take the kids 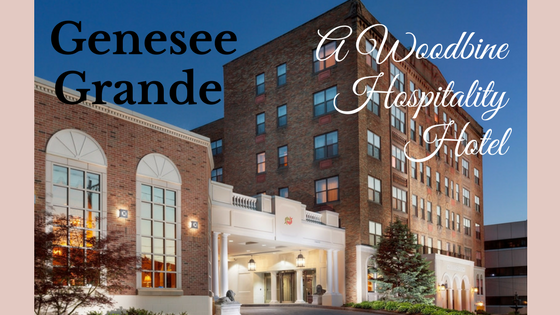 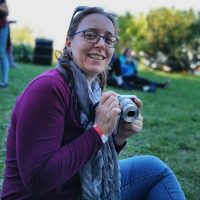